Learn the steps and commands to install PuTTY for free on Ubuntu 22.04 LTS Jammy JellyFish and 20.04 Focal fossa using Terminal to get a free SSH and telnet client.

What is PuTTY software?

PuTTY is free software that acts as a client to establish a secure remote connection via Telnet, Secure Shell, Remote Login and other protocols to a remote system acting as a server to these protocols to send commands through the interface CLI. It was released under the MIT license and can be downloaded for free. Previously, PuTTY as a program was only available for Windows operation. However, later its developers made it compatible with Linux and macOS as well. Besides the Desktop operating system, similar implementations of the software are also available for Android or iOS.

It supports IPv4 and IPv6. In addition to the actual terminal emulation software, the user will also have other tools in the program such as SCP, Secure File Copy Client and SFTP, Secure File Transfer Client; SSH authentication agent; RSA and DSA key generation tool.

• Free download
• Support for all popular operating systems such as Windows, Linux and macOS
• Serial interface and SSH tunnel are supported
• Encrypts the session
• Allows users to generate key pairs for SSH connection using PuTTYgen
• Support for different types of keys for SSH sessions such as RSA, DSA, ECDSA and Ed25519 keys
• Secure file transfer via SCP and SFTP

Although the Ubuntu Universe repository is already enabled by default, however, to confirm or install, run the command below. We are enabling this repository because the PuTTY package is available through it.

Let’s run the system update command first to refresh the repository cache and this will also ensure that your system is up to date.

Now we have everything we need to download and install PuTTY on our Ubuntu 22.04 Jammy or 20.04 Focal Linux systems. Therefore, just use the APT Package Manager command below to install it.

To check the version

The only way to confirm that the installation was successful and that this free SSH and Telnet client is on your Linux system is to run the command to check the version.

There are a few common tools that we can use, here are those:

To use SFTP to securely manage remote server files

To generate RSA and DSA SSH keys on Ubuntu

Well just like Windows we also get PuTTY GUI to easily manage it on our Linux systems.

Either run the given command in your terminal to open it.

Or go to Application launcher and search for PuTTY SSH Client, you will get its icon, just click to run it. 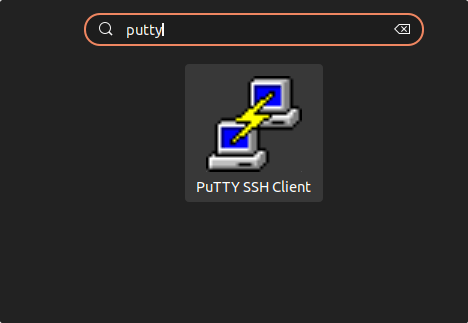 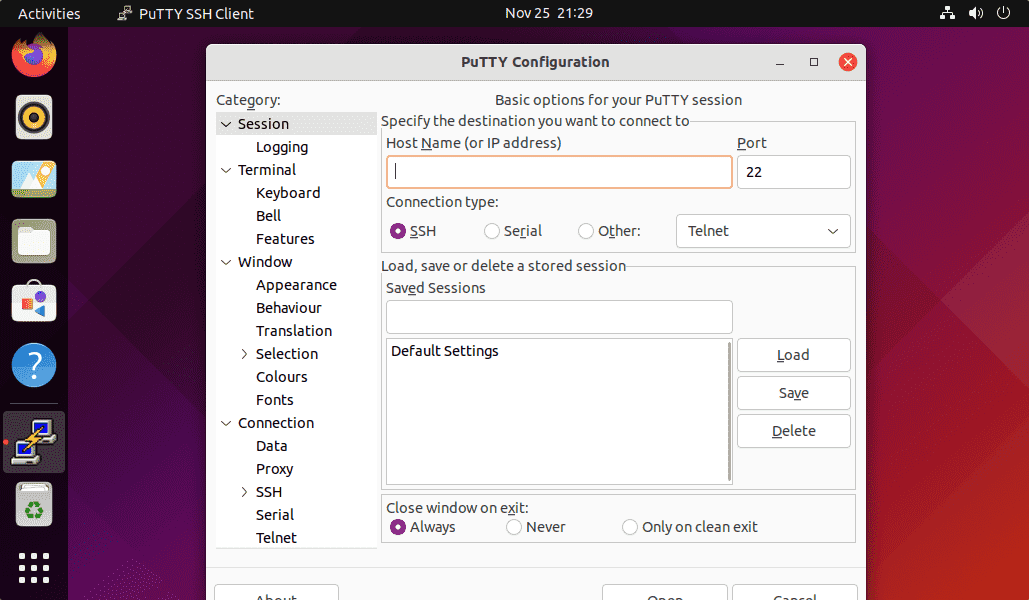