the Docker Swarm The container orchestration engine is a great way to leverage a cluster for your container deployments. While it might not be as popular as Kubernetes, it’s still a great option if you’re looking for features like:

And given how much easier Docker Swarm is to use (than Kubernetes), it’s a great way to introduce containers into your development lifecycle.

But even though Docker Swarm is quite easy to manage, there is an even easier way… thanks to the Portainer container management system. Once your Docker Swarm is up and running, you can deploy Portainer and it will automatically pick up your controller and all your nodes.

I want to walk you through the process of deploying Docker Swarm and adding Portainer into the mix. Once this is up and running you will find it exponentially easier to manage your clustered Docker servers and the containers/services you have deployed.

The first thing we need to do, however, is launch a Docker Swarm. I will demonstrate this with three instances of Ubuntu Server 20.04. You can deploy this setup to any Linux machine, but you’ll need to modify the installation process to suit your distribution of choice.

Let’s get to work.

Connect to your first instance of Ubuntu and install the necessary dependencies with the command:

Once this installation is complete, add the official Docker GPG key with the command:

Then we can add the stable Docker repository with the command:

Update apt with the command:

Once the installation is complete, you will want to start and enable the Docker service with:

To be able to issue the docker command without sudo privileges (which may be a security issue), add your user to the Docker group with:

Log out and log back in for the changes to take effect (or just run the command newgrp docker and you are good to go).

It is important that you then repeat the above steps on each Docker node you plan to join the Swarm.

Go back to the controller (the first machine where you installed Docker) and find out the IP address of this machine with:

You can now initialize the Swarm with the command:

Where SERVER is the IP address of the Docker controller.

When this command completes, it prints a join command that looks like this:

Where TOKEN is a long string of random characters. Copy this command and run it on each node you want to join the swarm. Once you have joined all the nodes, return to the controller and issue the command:

You should see a line in the output that looks like:

All three nodes have successfully joined the Swarm.

The next trick is to deploy Portainer with the command (run on the controller):

Give the container a moment to start, then point a web browser to http://SERVER:9443 (where SERVER is the controller’s IP address). Create an administrator user and log in. Since Portainer was deployed to a controller in a Swarm, you’ll see an entry for Swarm in the left sidebar (Figure 1).

Figure 1: Portainer adds a Swarm entry when part of a cluster.

Let’s deploy a service on our Swarm. Click Services in the left sidebar, then click Add Service. In the resulting window (Figure 2), you should see a Replicas entry.

Since we are working with a swarm that involves three nodes in total, we can increase the entry of replicas up to three, so the service we are deploying will replicate to every node in the swarm (for high availability and failover).

Let’s deploy an NGINX service on our Swarm. Give the service a name, then type nginx: the latest in the Image control. Bump Replicas up to three and click Create Service (picture 3). 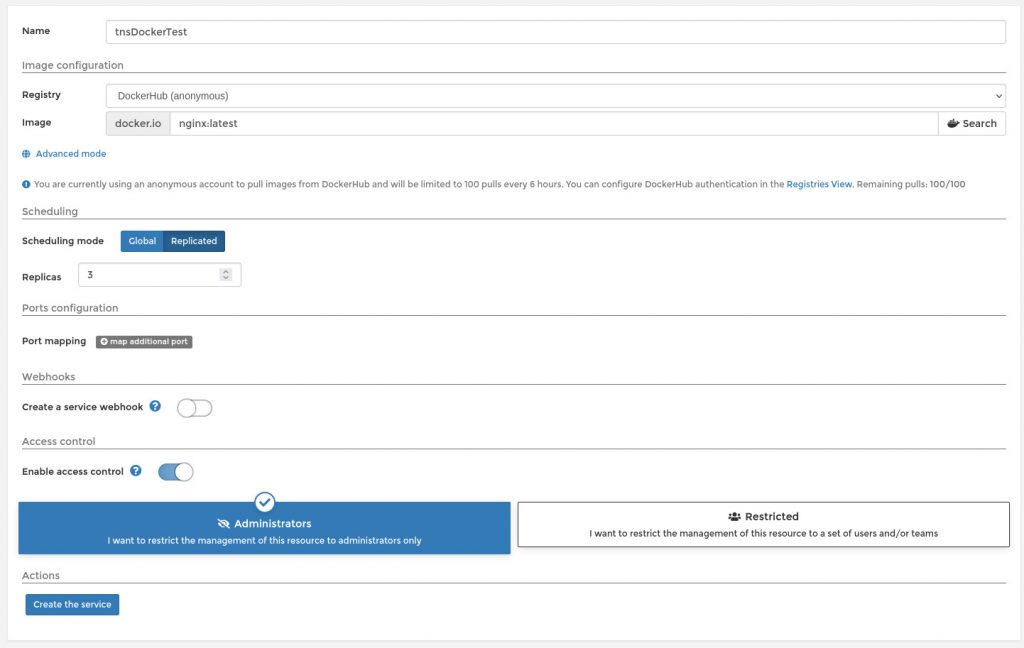 Figure 3: A very basic service to deploy on our Docker Swarm.

Once the service is successfully deployed to Swarm, it will be listed in the list of services (Figure 4).

Figure 4: Our tnsDockerTest service has been replicated to all Swarm nodes.

Figure 5: Increasing or decreasing a service is very easy thanks to Portainer.

And it’s that easy to manage your Docker Swarm with the help of Portainer. If you intend to work with Docker Swarm for your business, I highly recommend trying out this user-friendly web GUI. You will find that your work is more productive, efficient and reliable.

The New Stack is a wholly owned subsidiary of Insight Partners, an investor in the following companies mentioned in this article: Docker.