Apple unveiled the latest software for the Apple Watch, WatchOS 9 last night during the WWDC 2022 keynote. Along with WatchOS 9, Apple also launched the next generation of macOS, named macOS Ventura, and both were launched for developers that are part of Apple’s developer program. A public beta of watchOS 9 and macOS Ventura will launch next month, with a broad rollout in fall 2022, around the time the iPhone 14 launches.

With WatchOS 9, Apple brought several new health and fitness features, new watch faces, and an updated experience. WatchOS 9 brings an AFib history feature that allows users to track and monitor atrial fibrillation status over a period of time. This will allow users to track if their heart shows inappropriate signs over a long period of time, helping healthcare professionals find the best treatments and suggest lifestyle corrections. AFib history will need to be manually activated if you were diagnosed with the former. Once done, the Apple Watch will show what percentage of time is in AFib conditions and when it happens during the day.

There are also new running form metrics like stride length, ground contact time and vertical oscillation that can be added as metrics on training views.

WatchOS 9 also brings Sleep Stages for better sleep tracking. There are new REM, Core, and Deep sleep stages on the Apple Watch sleep tracker with WatchOS 9. There is also a new Medications app that will keep a record and calendar of a user’s medications.

Apple Watch users will also get support for six new keyboard languages ​​as well as a new Family Setup that allows users to control their home devices with the Apple Watch. There is also a new watch face editor which allows users to change the look of their watch faces.

Apple will make WatchOS 9 available to end users later this year around the fall season. 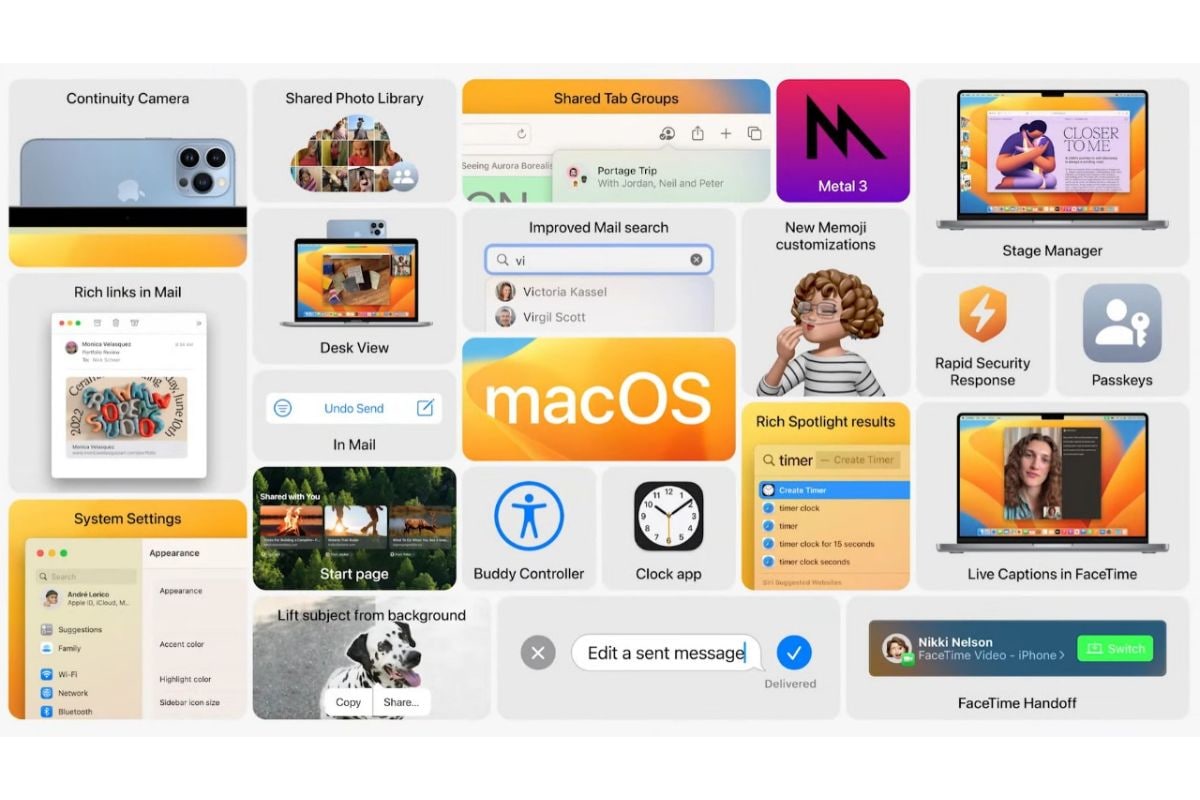 ALSO READ: Apple iOS 16 announced at WWDC 2022: All the new features iPhone users will get soon

There are further improvements with games with MetalFX Upscaling, and there’s a new Clock app as well as Memoji customizations. MacOS Ventura also brings the Shared Photo Library feature that came with iOS 16 to Mac computers.

Resetting MacBook Air is easy as you only need to follow a few basic steps.

How to use the Stage Manager feature on macOS Ventura

How to use Continuity Camera on macOS Ventura and iOS 16