A year ago on Pi Day, OnLogic teased a One Tough Pi industrial gateway based on the Raspberry Pi Compute Module 4. A Pi Day later, the company opened pre-orders on the system, now called the Factor 201 , with shipments due “in the coming weeks.” The Vermont-based company also revealed full specs for a Factor 202 model that will launch later this year with DIO and ADC functionality. 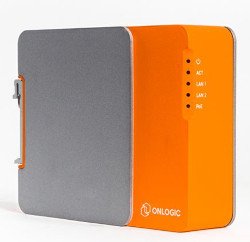 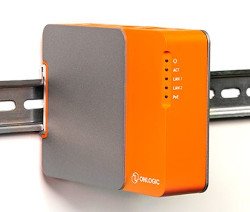 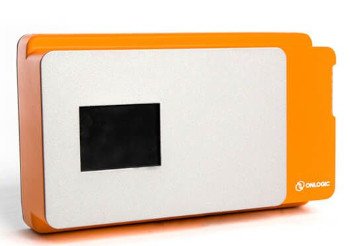 Factor 202, showing a 2.7-inch touchscreen
(Click on the image to enlarge)

The 129 x 102.5 x 38mm Factor 201, which follows other Raspberry Pi CM4-based embedded systems such as CompuLab’s IOT-GATE-RPi, comes with 2 GbE ports via Realtek RTL8153. One of the ports comes with optional PoE PD support, allowing you to power the system over Ethernet. However, as with the optional TPM 2.0 chip, PoE PD is not listed on the purchase setup page.

OnLogic managed to squeeze out two M.2 B-key slots from the CM4’s single PCIe Gen2 x1 interface, suggesting that there may be performance handicaps when using both at once. The M.2 2280 port is used for optional SSDs up to 2TB SATA. The M.2 B-key 3042/3052 (USB 3.0, USB 2.0) slot supports an optional 4G LTE module, which does not appear as a purchase option. The system comes with 3 antenna holes.

The aluminum and plastic constructed system incorporates OnLogic’s Hardshell Fanless passive cooling technology. There is an operating range of -20 to 60°C with a humidity tolerance of 10 to 95%, non-condensing. Several EMC and safety compliances are listed.

The upcoming Factor 202 is larger than the Factor 201, with a footprint of 200 x 121 x 57.4mm. The additional space provides space for the additional lower compartment for terminal block interfaces for the system’s additional 16x digital inputs, 16x digital outputs, 4x analog inputs and 2x analog outputs.

There’s also a 2.7-inch capacitive touchscreen on the side of the system. Otherwise, the device appears to be identical to the Factor 201.