One of the latest attempts is for a new banner in the Microsoft Edge browser, which calls Chrome a 2008 browser when users attempt to download it. Additionally, Microsoft has also made it difficult to set Vivaldi or Chrome as the default browser on Windows 11.

Vivaldi is clearly not happy with Microsoft’s latest attempts to convince users to keep Chromium Edge as their default browser on Windows 11.

“Microsoft’s moves seem hopeless. And familiar. It’s clear they don’t want you to use other browsers, ”said Jon von Tetzchner, co-founder and CEO of Vivaldi.

Vivaldi has denounced Microsoft for a number of practices that hamper the activities of other browsers, including Vivaldi. For example, if you search for Vivaldi on Bing using Microsoft Edge, you will be asked to continue using Chromium Edge for a “fast, secure, and modern web experience.”

If you install Vivaldi on Windows ignoring the advice, Windows 10 will again ask you to keep Microsoft Edge because it’s better. In Windows 11, “[this] is even worse, ”said Jon von Tetzchne. 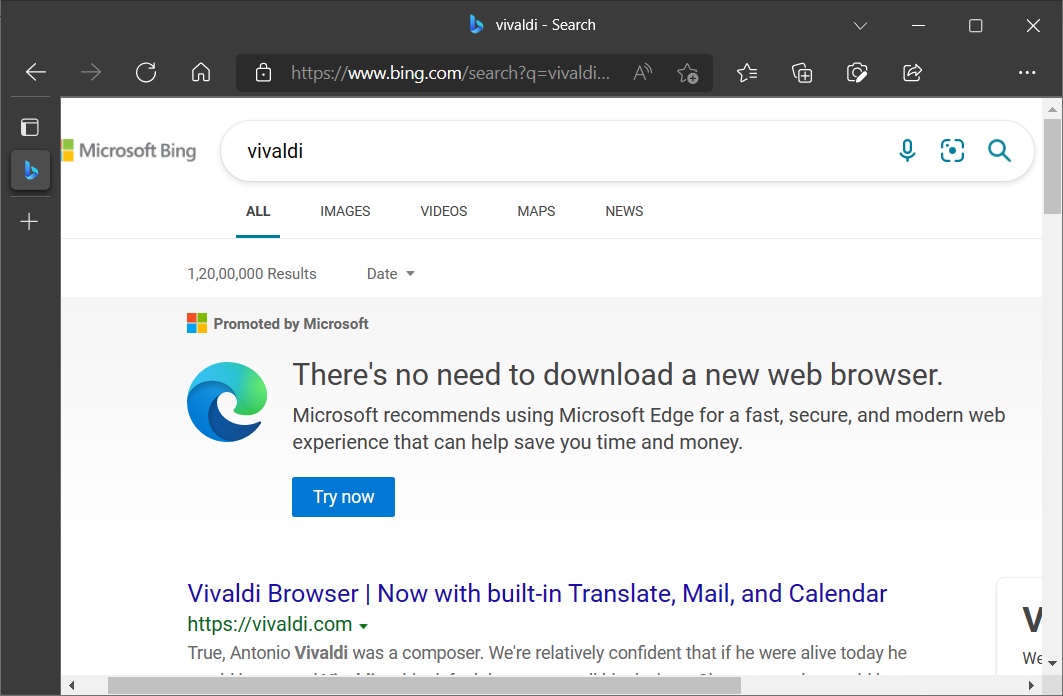 As Vivaldi pointed out, Windows 11 makes it difficult for basic things like changing the default browser. Unlike Windows 10, Windows 11 requires you to choose the browser first and assign it to all file extensions by default.

You will need to manually select the third-party browser for various web file extensions including HTTP, HTTPs, htm, HTML or files. And if you actually try to change the defaults for all of those file extensions, Windows 11 will show yet another pop-up highlighting Edge’s features.

Vivaldi founder asks users to complain about anti-competitive behavior of Windows 11 on social media platforms. The company has also advised users in the United States and Europe to write or call antitrust regulators to investigate Microsoft for these anti-competitive practices.

“Above all, don’t let Microsoft win this stacked game. Persist until you can use whatever browser you want on Windows – and help your friends or colleagues do the same, ”Vivaldi said.